It’s finally spring in Stockholm. Or is it summer?

It’s been a loong, looong winter for Sweden. I have had the luxury to spend a summer in February-March in Uruguay. When I came back the last of March I thought I’d return just in time for spring, but I was wrong.

April have pasted by with sunny days but cold weather. The returning light tells you that it’s spring but the nature tells you differently, people get confused, animals act strange.

The traffic in Stockholm is crazy, the whole city is under construction at the same time that everyone one are eager to get out in the sun. People want everyithing to be done NOW. At the coffeshop the guests want their café latte to be served even before they’ve had time to place their order. In the street people walk directly out in the traffic “What, I need to cross the street?”. The traffic lights show red, one person start walking, looking down in his smartphone and everyone else follows – if one cross the street it has to mean it’s green light, right?

The last week I think I’ve seen 1-5 people almost getting run over without noticing it.

I thought I was the confused one, coming home from a long trip, the first weeks back home I kept on wondering “what’s wrong with people?” before I realized that the winter have just been toooo long for swedes to handle..

Spring is crazy, the weather is crazy, people are crazy – the only thing that is normal are the students. They are just as crazy as always.

I started my fascination with photographing street art when I first visited Berlin in the spring of 2010 – and I then returned to the city 3 times the same year. Even during the bad-ass winter with -20 I walked around in east Berlin gawking at the wonderful paintings surprising me at every corner – how did they do this 30m painting if it’s not legal? or was it that just nobody cared for these buildings and then was happy to leave it be?
When I heard that a group of graffiti-lobbyists and a cultural center just outside of Stockholm had built a legal wall for anyone to paint on I was thrilled – I’m still hoping to see something like this in Stockholm one day… 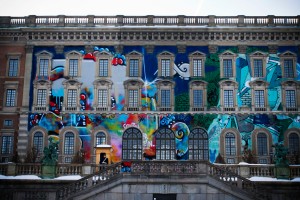 Of course, as you can see, this is just a poorly montage, but someday….

Today, in Alby, Botkyrka, I saw graffiti artists live for the first time – there was a great vibe, another depth to the graffiti art although it left out a bit of the mystery it still got me thinking “why are they painting exactly this?”- it’s strange to see the hand behind the paintings, since it’s normally  the first thing I try to figure out  when I see a painting. Though I asked many questions I left that one out, most of the time art is at its best when you make you’re own interpretation of it.

So without further explanation, here’s some of todays pics:

I’ve always loved street art coz it’s like the purest form of love from an artist; one that gives of her/his talent to inspire others and to put a bit of color to the gray city life without expecting anything back (!). There can be acknowledgment among graffiti-artist but the street art is the most unselfish form of art where there’s no point of organizing a grand opening to boost with your creations – unless you’d like to invite the cops for sharing your cheap cider in champagne glasses. The street artist gives back to the people what’s rightfully theirs – the right to art. It’s left to anyone with the right timing to see it and appreciate it or hate it (and not having to be polite to offer any false compliments to the creator) .

I wonder – would graffiti be the same if it was legal? Or would the graffers start setting up tables in front of their freshly painted wall and bribe you with some grapes and crackers while you’d be offered a price to buy the wall to show appreciation for the artists work…? 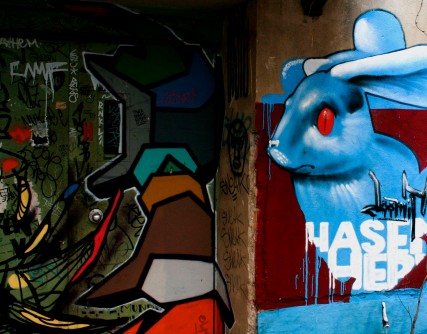 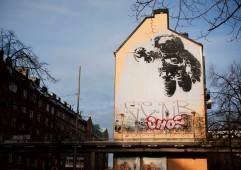 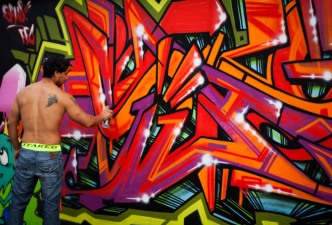 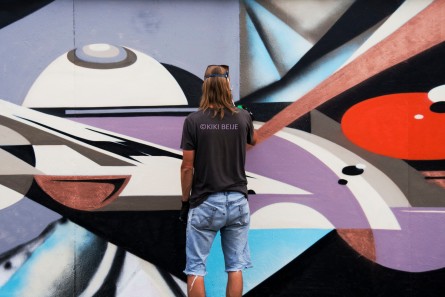 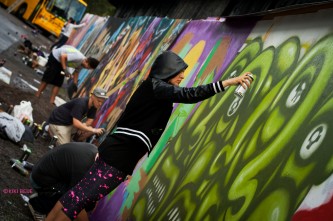